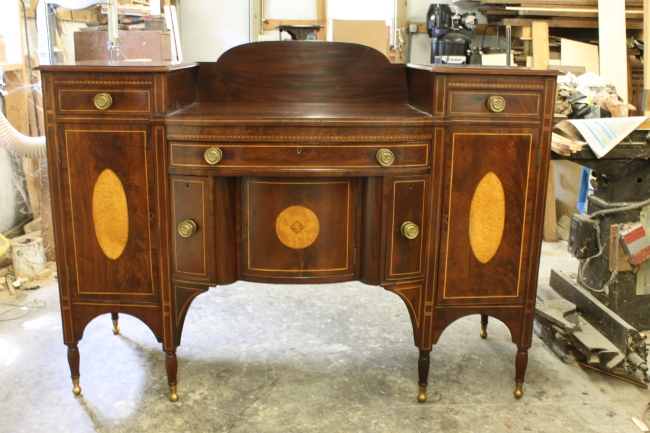 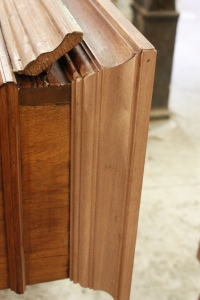 The newly made molding is a perfect match. After grinding shaper knives from the pattern that I cast. The replacement molding was run. Both the left and right side of the 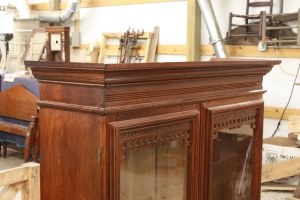 return molding were missing. In the upper left of the top photo you can see oak molding, that doesn’t match, some one had put on. The mahogany molding was so close it just needed to be mitered and attached. Next I stained and finished  the molding.

© Buddy Floyd and furniturewithhistory.com, 2011 - 2012. Unauthorized use and/or duplication of this material without express and written permission from this blog’s author and/or owner is strictly prohibited. Excerpts and links may be used, provided that full and clear credit is given to Buddy Floyd and furniturewithhistory.com with appropriate and specific direction to the original content.
Loading Comments...